Posted by cosmopolitan express at 4:12 PM No comments:

Get Liu Xiaobo out of prison

This year's Nobel Peace Prize winner, Liu Xiaobo, is serving an 11-year sentence in a jail in the remote province of Liaoning for defending human rights and press freedom. Join Reporters Without Borders (RSF) and the Hong Kong Journalists Association (HKJA) in calling for the release of Liu - one of China's most famous dissidents - in time for him to attend the Nobel prize ceremony in Oslo on 10 December. Sign the petition here: http://en.rsf.org/petition-liu-xiaobo,38708.html

"We urge you to intercede quickly to obtain his release, the quashing of his conviction and the withdrawal of all charges pending against members of his family, especially his wife, Liu Xia, who is under house arrest in Beijing," reads the petition.

In the weeks since the award was announced on 8 October, more than 100 Liu supporters, students, lawyers, journalists and bloggers have been placed under house arrest or subjected to increased police surveillance, or have disappeared, reports RSF.

News of the award is practically non-existent in China's media and has been blacked out from international news broadcasts on the BBC and CNN. Instead, Liu is being portrayed as a "traitor" and a "criminal" on China's official news agency, Xinhua.

Meanwhile, at least four RSF members and two other human rights activists were arrested in Paris on 5 November after opening umbrellas bearing the words "Free Liu Xiaobo" as Chinese President Hu Jintao passed by in a motorcade during his three-day state visit.

Liu, whose activism dates back to the days of the 1989 Tiananmen Square massacre, was the lead author of a document called Charter '08, calling for multi-party elections in Communist Party-led China. The petition led to his 11-year jail sentence.

Help get Liu to Oslo by signing the petition here
Posted by cosmopolitan express at 2:58 PM No comments:

In September, Hossein Derakshan, the Canadian-Iranian blogger known as "The Blogfather", became synonymous with Iran's intolerance of dissent: he was sentenced to a hefty 19 and a half years in jail for creating anti-government propaganda, joining the 36 other known cases of writers, bloggers and journalists currently in jail in Iran.

Derakshan has been chosen as one of five cases from different parts of the world to mark International PEN's Day of the Imprisoned Writer on 15 November - an especially important occasion as it also marks 50 years of International PEN's Writers in Prison Committee (WiPC).

There is also Robert Mintya, a newspaper editor from Cameroon who is awaiting trial and suffering poor health after being viciously attacked in prison. Tal al-Mallouhi, a 19-year-old Syrian blogger, poet and high school student, has been held incommunicado since she was arrested in December 2009 on charges of espionage. Dilmurod Saidov, an Uzbek journalist, is serving 12 years on fabricated extortion charges. And José Bladimir Antuna García is a journalist who was murdered in Mexico in November 2009. His killers have never been identified.

PEN urges you to send an appeal with copies to your embassy on behalf of at least one of the highlighted cases.

For WIPC's 50th anniversary, WiPC has also created a list of 50 emblematic cases reflecting the committee's work since 1960. Under the banner "Because Writers Speak their Minds", the campaign shines a light on prominent historic writers like Josef Brodsky and Vaclav Havel, more recent cases such as Anna Politkovskaya, Ken Saro-Wiwa and Salman Rushdie, and the case of Liu Xiaobo - the only one of the 50 that is still in jail.

PEN centres around the world have been commemorating the anniversary with special projects, books, awards and events throughout the year, many of them scheduled for launch on 15 November.

In Berlin, for instance, German PEN will focus on the work of Belarusian writer Swetlana Alexijewitsch, who is unable to publish in her own country. Catalan PEN and Swedish PEN will announce the winners of PEN awards. PEN centres in Scotland and Australia have held "empty chair" exhibitions, evoking the absence of those many writers missing from the public sphere because they are imprisoned. Cuban and Chinese PEN members living in exile have translated various writings and profiles of imprisoned writers into Spanish and Chinese. See what else is happening in your country or region on the International PEN website.

International PEN president and noted author John Ralston Saul hopes that WiPC's work resonates around the world. "For 50 years, WiPC... has led the human rights community worldwide in tracking the status of writers in danger and in prison and working for their freedom and safety. In spite of our continual successes, the list of those in danger remains unconscionably long. And so the work of WiPC is, if anything, more important than ever."

What began as a team of three individuals in 1960 is now a committee of more than 70 PEN centres worldwide. The annual case list now consistently contains the names of almost 900 writers, editors, journalists and Internet writers.
Posted by cosmopolitan express at 2:43 PM No comments: 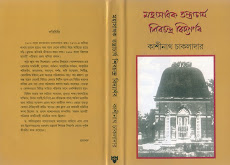